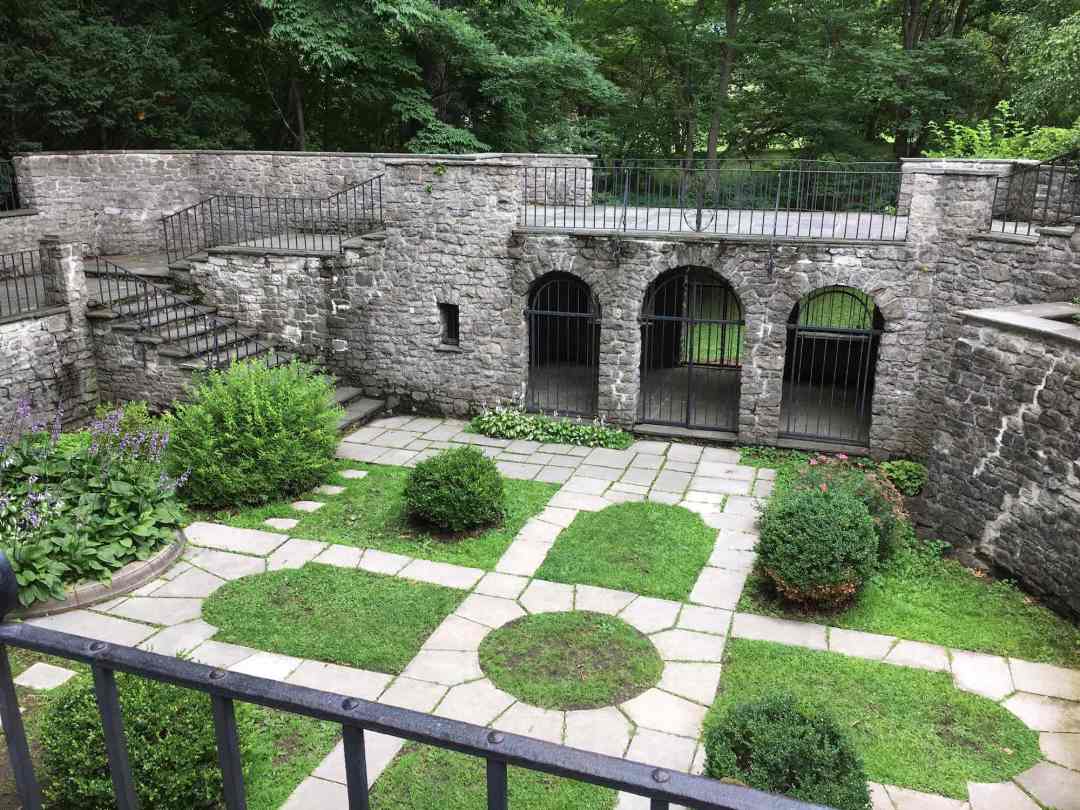 The Real Secret to Moving Past Creative Blocks

Writers often speak of “writer’s block,” as if it’s a real, physical barrier in our way. But one of the best lessons I was ever taught was that writer’s block, artist’s block, and any other type of creative block isn’t always what it appears to be on the surface. That reluctance to create comes from another place. Mostly, it’s our self-doubt, along with a nasty inner critic we’ve let build up over time, lurking to tell us that we just can’t do it, so why bother starting?

It may go without saying, but your inner critic is a filthy liar.

If you’re dealing with a creative block right now, you probably think you have only two options: power through it to make something, or take a break. Both of these are valid options. But I encourage you to really examine the reasons behind the block. Doing so can help you fight these feelings if (or when) they crop up again.

In my experience, when I feel “blocked,” one of four things is really at play:

Here are the four ways to find out what’s really blocking your creative path — and how to move it out of the way for good.

As creators, there is one limitation in particular that we tend to place on ourselves. We know that we can make anything we want. But when we see someone else do something amazing, comparison sets in, and suddenly anything we do is no longer good enough.

It’s easy to look at successful creators and think, “What do they have that I don’t? What am I missing?” I know because I’ve asked myself the same thing!

The truth is… nothing. There is nothing separating you from them, or me, or anyone. We all have that spark within us. We just need the courage to share it with the world.

Remember that the people we admire are just that — people. They have the ability to create and do amazing things; so do we. And they also have flaws and insecurities, just like the rest of us.

Some time ago, I saw an interview with actor David Tennant where he talked about experiencing imposter syndrome. This refers to the feeling of anxiety over being somehow “not good enough” and believing that everyone will eventually figure that out and realize you were an “imposter” all along. In the interview, he says:

“I think it’s that sense that you’re always waiting to be found out… For me, that’s what being an actor is about. Sort of going… on one level, this is all a bit silly and I can’t believe I’m really getting away with this. And at some point someone’s gonna tap me on the shoulder and go, ‘Come on, you’ve had your fun. Move on. There’s some people who can actually do this. There’s some proper actors in the world. Stop pretending.’”

When I heard him say this, I thought, “No way! He’s felt that? I’ve felt that!” Granted, not on the same scale — I’m not a famous actor. But I have felt that inner critic in the workplace and in social situations tugging at my sleeve and whispering, “Do you really think you deserve to be here? Do you really think you’re good enough? These people know you don’t belong here. They’re just tolerating you… for now.”

Again, I’m not even in the same sphere as David Tennant, who has played so many iconic characters in his career. Yet if he feels that way, it’s not because that little voice is right. If anything, it proves that all of us creatives tell ourselves these lies at some point in our lives.

2. Tell your inner critic to STFU

So what about that persistent little voice telling us we’ll never get it right? How do we get our inner critic to shut up?

Spiritual teacher Sah d’Simone talks about silencing his inner critic by giving it a name. He named his Bianka (yes, with a “k”), who he describes as “fierce, funny, creative but totally vicious.” Sah explains, “When you use a mental note like ‘Hey Bianka, thanks for your input’ this simple action defuses the hook that we normally have on negative thoughts, and this gives you an opportunity to listen to your heart instead.”

Sah says that words of the critic are usually the same ones we’ve heard before from family members, teachers, and other authority figures. Ultimately, it’s our subconscious trying to watch out for us, like others may have in the past. But instead of keeping us safe, this thought process backfires and we become our own worst critics.

And even though no one else has even said anything aloud, we shut ourselves down — all in the name of playing it safe in an effort to avoid the criticism we feel is inevitably on the way.

You can name your inner critic if you want. Above all, you have to train yourself to release the negativity — without reacting to it — when it comes to you. It’s easier said than done, I know. But remember that this is not an actual person speaking to us. We don’t need permission from anyone else to change a thought or “leave the conversation.”

3. Ignore the naysayers (and what they’re telling you)

But they kept going.

Imagine if your favorite actor or musician or writer or artist had given up after a bad review. Think of the impact this person has had on your life: the bad times their work has gotten you through, and the good times their work added to. If you feel that way about that person disappearing, you’re likely not the only one.

When we refuse the call to share our creativity with others, we are snuffing out the beauty and joy that we can bring to others. It’s a disservice to ourselves and to the world. So why let someone else dim your light for you?

You’ve probably heard that when someone says something negative about you, it’s really about them and not you. In my experience, that’s 100% true. The people who tell you that you can’t do something usually feel small in their lives. They project their negativity outward because you have something they fear, whether that’s your talent, your drive, or something else entirely. The outspoken critic is afraid to acknowledge their own abilities, and so they shut down others to keep themselves safe. Like that negative little voice in your head, the naysayer in your life isn’t worth the attention they so obviously crave.

I like this passage from Dr. Brené Brown’s Dare to Lead on not-so-constructive feedback from others:

“Let what’s unproductive and hurtful drop at the feet of your unarmored self. And no matter how much your self-doubt wants to scoop up the criticism and snuggle with the negativity so it can confirm its worst fears, or how eager the shame gremlins are to use the hurt to fortify your armor, take a deep breath and find the strength to leave what’s mean-spirited on the ground. You don’t even need to stomp it or kick it away. Cruelty is cheap, easy, and chickenshit. It doesn’t deserve your energy or engagement. Just step over the comments and keep daring, always remembering that armor is too heavy a price to pay to engage with cheap-seat feedback.”

Cruelty from others is cheap, and it’s cheap from ourselves, too. We don’t need to engage with nasty naysayers (or a Mean Girl inner critic called Bianka!) and add more fuel to that fire.

4. Imagine the possibility of not creating

Finally, maybe we want to make something, but we get “stuck” on the idea that it’s not good enough. It’s sometimes called “analysis paralysis.” The tendency toward perfectionism shows up by telling us that we might as well quit. If you can’t do it right, you might think, then don’t do anything at all.

So say that you’ve decided to listen to the inner and outer critics. You look at what other people are doing and go, “Yeah, they’re right. I’m not doing anything new. Might as well give up.” The final nail in the coffin.

Now consider the following thought experiment from author Gala Darling in her book Radical Radiance: How to Make Love to the Universe and Manifest Anything:

“Sit down and seriously ask yourself, ‘What will my life look like in 5 or 10 years if I do not change this?’ What opportunities will you miss out on? What chances will you let go? What evolution or up-leveling will you have avoided because you were simply afraid? Let this nightmarish potential future fuel your desire to change and make progress!”

Think of all the things you could miss out on if you decide to give up and shrink yourself. Let your mind wander to the horrible possibilities. If you’ve been afraid to make something because it won’t be “good enough,” instead imagine what would happen if you didn’t make anything at all. How boring would your life be without the ability to create?

I have a feeling I know what mine would like. And it’s not pretty. Let’s all say goodbye to the mundane by enriching our lives with creativity instead. It doesn’t have to be perfect for us to enjoy making it.

The real secret? Train your brain to see through the “blocks”

It’s not easy to get rid of imposter syndrome or to silence the inner critic. And it’s definitely complicated to let go of a lifetime of programming if you’ve been surrounded by people who thought they knew better than you. All of these things are an ongoing practice for me, and they likely will be for you, too. But the more you train yourself to recognize the true nature of your creative “block,” the better your chances at overcoming it.

Next week, I’ll have an activity for you to help you release and reverse your most persistent negative thoughts. This week:

Get more content like this in The Muse Manifesto, a digital magazine for anyone daring to live a creative life. Learn more and download the issue for free here.

Writer, artist, teacher, and consultant here to connect you with your creativity. I'm helping writers, artists, entrepreneurs, thought leaders, and creators take their craft to the next level. View all posts by Jen Meli

2 thoughts on “The Real Secret to Moving Past Creative Blocks”